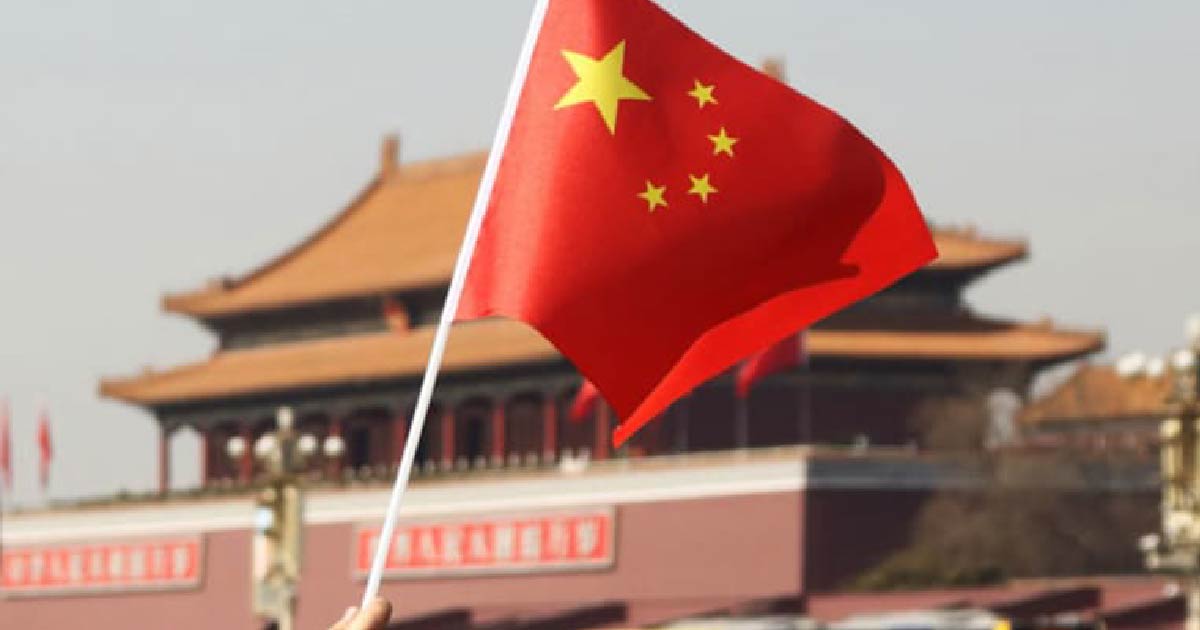 China overtook the U.S. as the world’s top destination for new foreign direct investment last year, as the Covid-19 pandemic amplifies an eastward shift in the center of gravity of the global economy.

New investments by overseas businesses into the U.S., which for decades held the No. 1 spot, fell 49% in 2020, according to U.N. figures released Sunday, as the country struggled to curb the spread of the new coronavirus and economic output slumped.

The 2020 investment numbers underline China’s move toward the center of a global economy long dominated by the U.S.—a shift accelerated during the pandemic as China has cemented its position as the world’s factory floor and expanded its share of global trade.

While China attracted more new inflows last year, the total stock of foreign investment in the U.S. remains much larger, reflecting the decades it has spent as the most attractive location for foreign businesses looking to expand outside their home markets.

The Trump administration encouraged American companies to leave China and re-establish operations in the U.S. It also put Chinese investors on notice that acquisitions in the U.S. would face new scrutiny on national security grounds—cooling Chinese interest in American deal making.

The sharper drop in foreign investment in the U.S. last year reflects the broader economic downturn due to the effects of the coronavirus pandemic, said Daniel Rosen, founding partner of Rhodium Group, an independent research firm in New York, who has long analyzed the U.S.-China economic relationship.

“I don’t think one can say anything confidently about the impact of the FDI downturn in the U.S., compared to all the other hits on the U.S. economy,” he said.

It is natural that foreign investment would decline sharply in the U.S. under the circumstances because it has an open, market economy, while China doesn’t, Mr. Rosen said. Looking ahead, he said, “There is no reason to be concerned about the outlook for the FDI in the United States providing that the U.S. is sticking with its basic open-market competitive system.”

In China, the flow of investments by multinational companies continued despite the upheavals of the pandemic, with companies from U.S. industrial giant Honeywell International Inc. and German sportswear maker Adidas AG expanding their operations there.

Unctad doesn’t expect to see a significant revival of foreign direct investment this year, globally or in countries that saw falls in 2020.

“Investors are likely to remain cautious in committing capital,” said James Zhan, Unctad’s director of investment and enterprise. He doesn’t expect a real rebound to come until 2022. Even then, he said, “the road to full FDI recovery will be bumpy.”

While the sharp drop in foreign investment in the U.S. was due to the pandemic, it also is making companies rethink future investments, said Joseph Joyce, professor of international relations and economics at Wellesley College.

“Companies are reassessing their policies about global supply chains, about foreign markets, about their own use of technology,” Mr. Joyce said. “The pandemic is making all these companies rethink the most basic assumption about where they are located.”

The White House didn’t immediately respond to a request for comment.

The Unctad numbers show a stark divide between East and West in the global economy. In 2020, East Asia attracted a third of all foreign investment globally, its largest share since records began in the 1980s. India saw a 13% increase, driven largely by rising demand for digital services.

In the West, the European Union suffered a 71% drop. The U.K. and Italy, which have suffered high mortality rates and deep economic contractions, attracted no new investment. Germany, which has fared better on both counts, saw a 61% drop.

When the pandemic first struck at the beginning of last year, Unctad expected China to experience a large drop in foreign investment and the U.S. to be largely unscathed. But China’s economy reopened in April just as the U.S. and Europe started a series of continuing lockdowns and disruptions.

Beijing’s ability to quickly control the coronavirus within its borders helped its economy rebound relatively quickly and reinforced China’s appeal—even before President Biden’s inauguration, which some investors hope could usher in a new period of less tempestuous U.S.-China ties.

After FDI into China plunged in the first few months of 2020, Chinese officials scrambled to reassure foreign investors and accommodate any concerns they might have. “We must implement targeted policies to arrest the slide in foreign trade and foreign investment,” China’s premier, Li Keqiang, told the country’s cabinet in March.

Some foreign companies put their China expansion plans on hold and in some cases began withdrawing their investments. But as China’s recovery gained steam and the rest of the world began to look increasingly rocky, foreign companies moved to pour more money into China, viewing the country as a production base and as a critical growth market for its products.

Walmart Inc. said at an investment conference hosted by the city government in Wuhan, the city that was the first center of the pandemic, that it would invest 3 billion yuan, equivalent to $460 million, in Wuhan over the next five years. Starbucks Corp. is investing $150 million to build a roasting plant and innovation park in the eastern Chinese city of Kunshan.

Tesla Inc., meanwhile, is expanding capacity at its plant in Shanghai and adding a research facility, while Walt Disney Co. is continuing construction of a new theme area for its Shanghai Disneyland park—despite a second straight year of lower attendance at the park.

Medical and pharmaceutical investments have been especially active as the coronavirus hit the global economy. Chinese state broadcaster Chinese Central Television reported in April that several global pharmaceutical companies are pushing ahead with their expansion in China, including AstraZeneca PLC, which is in the midst of setting up regional headquarters in at least five Chinese cities.

The resilience of foreign investment in China is contrary to earlier expectations that foreign businesses would seek to reduce their heavy reliance on the country as a key part of their supply chains, having seen some disruption as the results of new tariffs on trade between the country and the U.S.

Seoul Semiconductor Co. , a South Korean chip maker with extensive operations in China, illustrates the difficulty of exiting China, despite numerous incentives to do so. The company in 2017 began looking at moving some production of its light-emitting components to Vietnam.

“We were very dependent on China,” said Hong Myeong-ki, the company’s co-chief executive officer. But though the company manufactures roughly half of its products in Vietnam, Mr. Hong now has no plans to move out of China.

The same trend can be seen among Japanese companies operating in China, just 9.2% of which said they were moving or considering moving production out of China in a September survey by the Japan External Trade Organization, the lowest such level in five years.

“They need to reduce overreliance on supply chains in one single market,” said Ding Ke, a Tokyo-based researcher with Jetro. “But the bigger risk they identified is losing the China market.”